History of the Italian language

Between 3000 BC and 1000 BC, populations of Indo-European origin arrived from Central and Eastern Europe and mixed with the Mediterranean peoples, including those living on the Italian peninsula (Etruscans, Ligurians, Sardinians, etc.). Some of them settled in Latium and founded Rome.

Latin and the birth of the Neo-Latin languages

The inhabitants that resulted from the mix of Central and Eastern Europeans with the Mediterranean peoples were called Latins. So, the Latin language was a blend between the Mediterranean and Indo-European languages. Finally, when the ancient Romans conquered the territories of the peninsula, their language mixed with the pre-existing ones. Latin also influenced other languages spoken by European populations, giving rise to new Neo-Latin languages (Spanish, French, Portuguese, and Romanian).

When the Roman Empire collapsed, Latin continued as the language that educated people spoke in Rome. However, regional languages spoken by common people developed in other parts of Italy. By the end of the first millennium, Tuscany’s central position in the Italian peninsula favored trade between Rome and the rest of Europe, especially Florence became an increasingly important trading post.

The great Tuscan writers of the Middle Ages

Economic development spawned Tuscan writers such as Dante, Petrarch, and Boccaccio. They wrote beautiful and vernacular works in Florentine. So engaging was the content they produced that it spread rapidly. Their work was famous throughout Italy. And these writers became a reference point for all other writers born in the following centuries.

The Florentine vernacular as a cultured language

Great Tuscan scientists and artists (Leonardo da Vinci, Galileo Galilei, Michelangelo, Botticelli, etc.) used Florentine vernacular instead of Latin. Hence, Florentine vernacular experienced growth through these contributions. In the other regions of Italy, there was a low literacy level. So, vernacular dialects continued among the uneducated.

In the mid-1800s, Italy was a land of conquest contested by the French, Spanish, and Austrians. But Italians were determined to free themselves from the invaders and become an independent nation. Many writers, in this sense, decided to use the Florentine language as the only national language to write their works.

The Italian language and the Unity of Italy

The Milanese writer Alessandro Manzoni, contributed to the Risorgimento. He did it through his most famous work, I promessi sposi. This movement led to the unification of the Italian regions into a single independent state. Italy’s unification took place in 1861.

Italian language and other regional languages

The Italian language is spoken by all Italians

With the end of the Second World War, Italy experienced strong economic growth. The 50s and 60s were good years for Italy’s economy. Efforts were made to educate the Italian people. Most Italians in this new generation went to school. And thus, the country finally began to use one main language. At last, the Italian language was adopted by the masses.

Did you like this short journey through the history of the Italian Language? Would you like to read more? Click here to check out some amusing facts about this beautiful romance language.

Have you heard the word Ciao before? And have you heard Buongiorno? Chances are that you have. When should you use them? And are there alternatives to these greetings? In this post, you will learn how to say hello in the Italian language! Italians love chiacchierare (to chat). So, you will find yourself frequently in conversations with Italians. On the other… 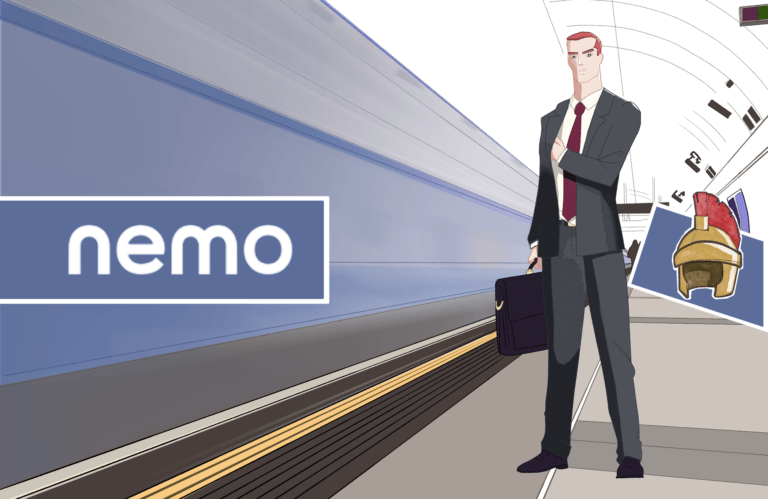 We’re always on the go. If you want to learn a foreign language and feel you don’t have much time, we have you covered: Nemo apps could help! With the tools we have today, even though you may be very busy, you can still start to learn a language. In most cases, people don’t have…

To explain the Duolingo streak, allow me this comparison. Learning a new language can be similar to going to the gym. When a year begins, there are many New Year resolutions. In them, most people include exercising. But making it a regular habit is challenging. Now, when it comes to keeping language learners encouraged, it…