If your dream is to speak Italian like a native speaker, you must understand and even use their expressions! It will separate you from others wanting to learn Italian!

Here are ten common Italian expressions that every Italian learner should know.

When someone tells you that they bought something at “buon mercato,” it translates into getting a deal. Use this expression when you find something at a low or convenient price.

For example, you could say:

2. Di punto in bianco – of point in white

When an action is carried out without any preparation, by surprise, we could say that it has occurred “di punto in bianco” (suddenly). It seems that the origin of this expression is due to military language.

Giulia si è alzata e di punto in bianco è andata via. – Julia got up all of a sudent and left.

“Acqua in bocca” is a colloquial expression in Italian. Use this when you ask someone not to reveal a secret. The idea behind the expression is that no one is able to speak with a mouth full of water!

Sapevi che Alessandro e Valentina si sono fidanzati? Non dirlo a nessuno! Acqua in bocca! – Did you know that Alexander and Valentina got engaged? Don’t tell anyone! Keep it to yourself!

4. Ridere sotto i baffi – To laugh under the whiskers

Whoever “rides sotto i baffi” is actually trying to hide the movement of the lips under the whiskers to avoid being discovered. The expression describes a person pretending to be serious while actually laughing at something or someone.

Quando Luigi ha detto che lui è il miglior calciatore del mondo ho iniziato a ridere sotto i baffi. – When Luigi said that he is the best soccer player in the world, I started laughing under my breath.

When someone “vuota il sacco,” he has decided to tell the truth and not hide anything. Here is an example of the expression denoting somebody that shares all he knows about a matter, including the secrets.

The literal translation in English is “it does not go for me.” However, it does not capture the meaning of the phrase. A more accurate translation is “I am not in the mood for it.”

Giuseppina, non mi va di discutere. – Josephine, I do not feel like arguing.

To “fare un bidone” to someone means not keeping a commitment. Or to miss an appointment.

Dovevamo incontrarci all 16.00 ma alla fine non è venuto. Roberto mi ha fatto un bidone! – We were supposed to meet at 4 p.m. but ended up not coming. Roberto stood me up!

This expression is used in Italian to say that it is so cold that, perhaps, only dogs could stand it. The funny thing is that this expression seems to have Eskimo origins.

Here is an example of the phrase in a sentence:

9. Avere le mani bucate – to have holes in the hands

Someone who wastes all his money is compared to having holes in his hands and thus not being able to keep it.

A person who does something in a hurry is said to do it “in fretta e furia,” so not only in a hurry but also with violence, fury, and impetus.

Stamattina Stefano è uscito in fretta e furia. – This morning Stephen went out in a hurry.

What about you? Did you know these colloquial expressions in Italian? Would you like to add a few more? Please, leave them in the comment box.

Would you also like to check out an Italian course that takes colloquialism into account in their lessons? Click here to check it out. They have a 7-day free trial. 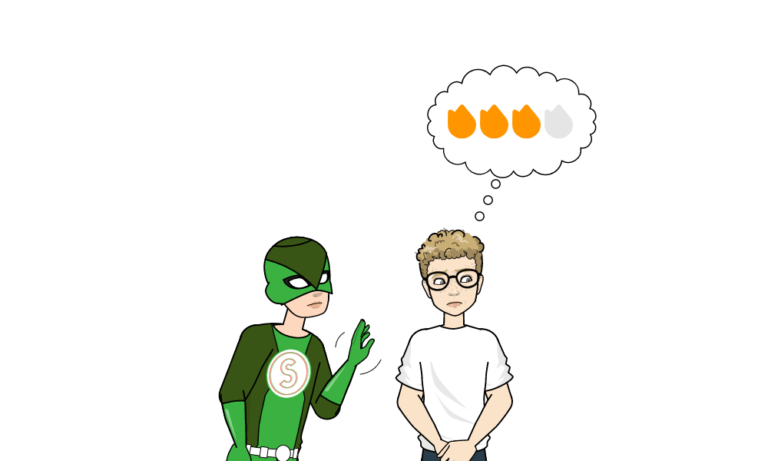 Lost Duolingo Streak? Arggg, that hurts! Building a Duolingo streak takes time. And there are occasions when we suddenly find ourselves extra busy. As a result, we skip a day or two from completing our Duolingo daily goals. Have you had the following experience? You log into Duolingo and realize with dismay that your streak…

Have you heard the word Ciao before? And have you heard Buongiorno? Chances are that you have. When should you use them? And are there alternatives to these greetings? In this post, you will learn how to say hello in the Italian language! Italians love chiacchierare (to chat). So, you will find yourself frequently in conversations with Italians. On the other…

How do you say finally in Italian? The short answer is Finalmente! The word carries a sense of joy. This feeling of happiness behind it does not apply to the English equivalent. It is as if the speaker has a yearning for what finally happened. Finalmente derives from the Italian word “fine.” And it would be profitable to study…

When we listen to Italian for the first time, we are usually impressed with how musical it is. All the sentences seem to have a rhythm flowing through them. The raising and lowering tone of the voice gives it that distinctive feature. We quickly discover that the particular stress on vowels produces Italian musicality. And…