Learn a second language online – Yes you can

Some of us have the idea that we can’t learn a second language. Therefore, we sometimes think it is a privilege that only a few gifted individuals can achieve. We admire a polyglot but exclude ourselves from that selected group of people. In our minds, the goal of even learning a second language is beyond our limits. In the past, a person who thought that way had a certain degree of justification. But today there is no more basis to believe this.

Misconceptions about learning a second language

Some approach the language learning process as a person that wants to learn to sing. We could also use the example of one wanting to learn to play a musical instrument. People generally believe that not everybody has a musical ear. And indeed, the capacity to distinguish sounds varies from person to person. But, when it comes to languages, most of us learn our mother tongue. So, we are capable of learning a second.

Learning a language is not for a little group of gifted people. Anybody can be at least bilingual. It is for all of us. It is for you and me! I’m sure you have special abilities that separate you from the crowd, but as for me, I’m just a common person. And if I can learn a second language, anybody can!

You might say: “Great, all this sounds very good, but how can this be accomplished?” Well, it is not an automatic process. There’s a part that depends on you. Being committed to this goal is all it takes to learn your second language. You have so many resources online. And for learning Italian, you have them right here at ItalianLg.com. If you want to plunge into Italian, click here.

So, it is as simple as taking action. And, as complicated as that as well. You will, with no doubt, do great if you spend time at it! If you are lazy… er… well. But, I know that does not apply to you!

In the Caribbean Sea, there is a group of Islands colonized by the Netherlands. We could choose any of them, but for the sake of this post, we will choose one, Aruba.

You could walk down the streets of this little island. And you could stop anybody and ask for directions in English. They will very kindly respond to your questions. Aruba is a great tourist destination, and English is a very important part of their daily life.

Being close to Venezuela, a South American country, they also speak Spanish fluently. A lot of South-Americans live in Aruba. And native people of the island travel frequently to Venezuela.

They were colonized by Holland. And until this day maintains political relationships with them. So they speak Dutch too. And that takes the count to three.

Yet to put the cherry on top, Aruba also has its language, Papiamento. That brings the sum up to four languages in One happy Island, as the slogan of the country reads.

You could stop anybody in the street, young or old, and talk to them in any of these four languages.

What’s stopping you from learning Italian?

I’m sure, from now on you’ll write a different story learning your second language. Please picture your resume reading at least “Bilingual”. I hope this post gets you thinking, that you can learn a second language. We encourage you to leave your comments or questions on this subject, on the box below.

I have to learn Italian on my bucket list.

I know how to speak French fluently and I’m off to learn Italian – Thank you for helping me out today and I am so excited about this passionate language. I adore cooking Italian and I Iove eataly, so it will be awesome to be able to speak the language as well as being a whiz in the kitchen.

Hi Vicki! Thanks for sharing your excitement. Yeah, Italian is a very passionate language. And if you can already speak French, you’re half way ahead with Italian. All the best!

Amazing topic! I enjoyed this post very much, my friend.

I really like the idea of showing others that we can achieve anything we want. I myself am born in Lebanon, where the main language is Arabic and the second language is French. At the age of nine, I started learning English too!

I believe that learning languages as a young child, is the most effective way. It is proven by scientists, that as a child learning is smooth, especially with our brains being still in development! Therefore, if you want your kids to speak multiple languages start with them at a young age.

As for grown-ups, we can still learn any language, even if it’s our fourth. I am actually starting to learn Spanish because I think learning a new language can always improve our thinking skills and enhance our learning capabilities.

Amazing job my friend, I really liked the topic!

Keep up the good work!

Hi Georgio. Thank you for your encouragement to learn another language.That’s so true. Children and grown-ups can both learn languages.

Spanish will be your forth language? That’s awesome! I wish you all the best! 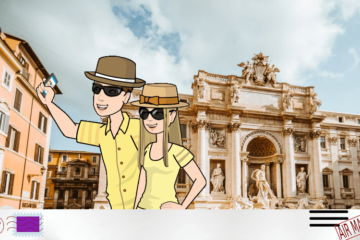 Learn Italian in Italy – Is it really necessary to travel?

Italy is a wonderful place to go on vacations. There is so much history, beautiful landscapes and exciting cultural elements to get acquainted with. It has been the world’s cross road for more than 2,000 Read more…

In this post, I’d like to address some important motivational factors when you’re learning a new language. These factors could detour your focus from continuing to learn a language. So we do well to consider Read more… 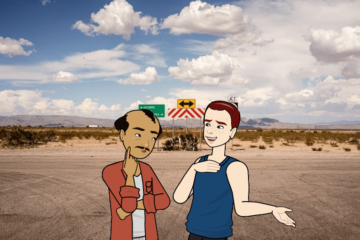 How to learn a second language – You don’t seem to be getting anywhere?

A lot of content could be written on the topic of how to learn a second language (and in fact, this is a matter on which scholars have debated for years). It’s necessary to remark Read more…