This is a great quote. The fact Nelson Mandela expressed it, makes us pay attention to the quote. But independently of who said it, the quote is worth considering. It expresses the importance of language in our social interaction. It also points out our identity with our language and how that background can unlock our hearts. This quote might encourage you to learn a second language to connect better with people of a certain background.

The infinite possibilities of language

Language is used for communication. With words, you express ideas. They also can open doors for emotions. Words evoke memories, they create scenarios in our minds. Words can bring comfort and they can produce grief. Words can build and they can destroy. Language has an indisputable effect on our lives.

How a language works in our brain

Years of using a language create personal stories about its use. As the days, months and years go by, our language creates trails, roads, highways, and tunnels in our brains. We access words, filter them, and use them with such a speed that the fastest vehicle on Earth could not catch up with them! Language works marvelously in our brains. We could compare the language in our brains with an iceberg. When we open our mouths to speak, we only express a fraction of what is going on in our brains. As the visible part of an iceberg is so small compared to what is underwater, it happens with language.

Language is part of our identity

Language becomes part of our identity, of our being. We are inner woven with the language we grow up with. We identify with people that speak our language. And others identify us by the language we speak. Each language has a unique view of the world. Language generally has a culture attached to it. Language groups people geographically and it draws them together when they are out of their region.

Nelson Mandela could have had in the back of his mind an episode found in scripture in which Paul asks in Greek to a chief captain from the roman empire to let him talk to a frenetic crowd. And when permission was granted, Paul addressed the crowd in Hebrew. Both languages, in each case, had a special effect that moved the listeners. The passage reads like this:

“All the city was moved, and the people ran together: and they took Paul, and drew him out of the temple: and forthwith the doors were shut. And as they went about to kill him, tidings came unto the chief captain of the band, that all Jerusalem was in an uproar. Who immediately took soldiers and centurions, and ran down unto them: and when they saw the chief captain and the soldiers, they left beating of Paul. Then the chief captain came near, and took him, and commanded him to be bound with two chains; and demanded who he was, and what he had done. And some cried one thing, some another, among the multitude: and when he could not know the certainty for the tumult, he commanded him to be carried into the castle. And when he came upon the stairs, so it was, that he was borne of the soldiers for the violence of the people. For the multitude of the people followed after, crying, Away with him. And as Paul was to be led into the castle, he said unto the chief captain, May I speak unto thee? Who said, Canst thou speak Greek? Art not thou that Egyptian, which before these days madest an uproar, and leddest out into the wilderness four thousand men that were murderers? But Paul said, I am a man which am a Jew of Tarsus, a city in Cilicia, a citizen of no mean city: and, I beseech thee, suffer me to speak unto the people. And when he had given him licence, Paul stood on the stairs, and beckoned with the hand unto the people. And when there was made a great silence, he spake unto them in the Hebrew tongue, saying, Men, brethren, and fathers, hear ye my defence which I make now unto you. (And when they heard that he spake in the Hebrew tongue to them, they kept the more silence: and he saith,) I am verily a man which am a Jew, born in Tarsus, a city in Cilicia, yet brought up in this city at the feet of Gamaliel, and taught according to the perfect manner of the law of the fathers, and was zealous toward God, as ye all are this day. And I persecuted this way unto the death, binding and delivering into prisons both men and women. As also the high priest doth bear me witness, and all the estate of the elders: from whom also I received letters unto the brethren, and went to Damascus, to bring them which were there bound unto Jerusalem, for to be punished. And it came to pass, that, as I made my journey, and was come nigh unto Damascus about noon, suddenly there shone from heaven a great light round about me.

And I fell unto the ground, and heard a voice saying unto me, Saul, Saul, why persecutest thou me? And I answered, Who art thou, Lord? And he said unto me, I am Jesus of Nazareth, whom thou persecutest. And they that were with me saw indeed the light, and were afraid; but they heard not the voice of him that spake to me. And I said, What shall I do, Lord? And the Lord said unto me, Arise, and go into Damascus; and there it shall be told thee of all things which are appointed for thee to do. And when I could not see for the glory of that light, being led by the hand of them that were with me, I came into Damascus. And one Ananias, a devout man according to the law, having a good report of all the Jews which dwelt there, came unto me, and stood, and said unto me, Brother Saul, receive thy sight. And the same hour I looked up upon him. And he said, The God of our fathers hath chosen thee, that thou shouldest know his will, and see that Just One, and shouldest hear the voice of his mouth. For thou shalt be his witness unto all men of what thou hast seen and heard. And now why tarriest thou? arise, and be baptized, and wash away thy sins, calling on the name of the Lord. And it came to pass, that, when I was come again to Jerusalem, even while I prayed in the temple, I was in a trance; and saw him saying unto me, Make haste, and get thee quickly out of Jerusalem: for they will not receive thy testimony concerning me. And I said, Lord, they know that I imprisoned and beat in every synagogue them that believed on thee: And when the blood of thy martyr Stephen was shed, I also was standing by, and consenting unto his death, and kept the raiment of them that slew him. And he said unto me, Depart: for I will send thee far hence unto the Gentiles. And they gave him audience unto this word, and then lifted up their voices, and said, Away with such a fellow from the earth: for it is not fit that he should live. And as they cried out, and cast off their clothes, and threw dust into the air…”

The chief captain was surprised that Paul could speak Greek. The chief captain thought he knew who the Apostle was, and after hearing him, his idea about him changed. Hearing this prisoner speak Greek influenced his decision of granting Paul permission to speak. And the Hebrew language had an astonishing effect on the crowd.

When he beckoned with the hand they made great silence, and when he started speaking they kept the more silence. It predisposed their minds to pay attention. They identified themselves with the language they heard. There was a cultural link. Language created a specialbound, a connection between the speaker and the people who listened. Paul could have delivered the same speech in Greek, and it would not have had the same effect upon these people. Not even near. In asking permission and afterward talking to the crowd, Paul’s selection of languages was all important! God was intending to reach these people and he was exhausting all the resources, carefully paying attention to the details to gain their heart. They heard with attention but refused vehemently.

We want to congratulate you on the decision you have made of learning Italian. Learning a language online had never been easier. But we must also say that learning a new language also requires discipline. You will have times when you are highly motivated and times when you feel stuck. But some considerations are very…

In this post, I’d like to address some important motivational factors when you’re learning a new language. These factors could detour your focus from continuing to learn a language. So we do well to consider them. People around you influence your language learning process. And you should be alert. Please don’t let negative influence affect…

Have you wanted to learn Italian for a while? Do you have a certain connection with the Italian people? Are you planning to go to Italy? Whatever your reasons are to learn Italian, you can start learning the language today! No more excuses, no more doubts! You can Learn Italian online NOW!!! What holds you…

Maybe you have expressed this wish before: “I want to learn Italian”. I don’t know with what intensity these words have been uttered. But once you have pronounced those words with your mouth or in your head, presto, here we are! 🙂   When I started to get acquainted with all the resources that are…

Some of us have the idea that we can’t learn a second language. Therefore, we sometimes think it is a privilege that only a few gifted individuals can achieve. We admire a polyglot but exclude ourselves from that selected group of people. In our minds, the goal of even learning a second language is beyond… 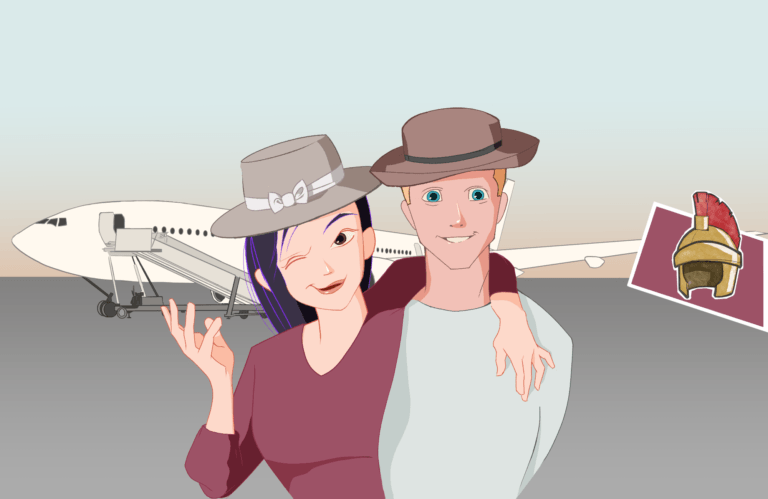 Italy is a fabulous place to go on vacation. There is so much history, beautiful landscapes, and exciting cultural elements. It has been the world’s crossroad for more than 2,000 years. We highly encourage you to pack up your suitcases and enjoy this country in person. But first, we need to get a question out…