Everyone knows that soccer is the most popular sport in Italy. And not only Italy but also the world.

I’m sure most people know about the Italian Serie A. And the most famous historical Italian teams, such as Juventus, Roma, Inter and AC Milan. But have you ever wondered why they say “Calcio” in Italian instead of “soccer”?

A bit of history – The origin of soccer

It seems that soccer has very ancient origins. Historians believe it was born in China under the name of Tsu-chu. In those times, it was a game that consisted of hitting, with the sole use of the feet, a ball stuffed with feathers or hair to put it into doors made of bamboo.

This sport was considered great physical exercise. Thus, during the Han dynasty, it was included as an activity for the physical preparation of the army.

Testimonies dating back to the 4th century B.C. confirm that even in ancient Greece, a game similar to today’s soccer was played, called episciro (from the Greek episkyros).

In the following Roman period, this type of game was called harpastum.

Later references go back to the Middle Ages, precisely in Italy, where what we can consider the sport most similar to the soccer we know today was born.

The city where soccer was most widespread was undoubtedly Florence. During the Medici family’s rule, they played the so-called Calcio Fiorentino.

The playing field was Piazza Santa Croce, and the “partito” (the winning team) took the banners of its rivals. However, the game spread wildly among the population. And it was usual to convert any street into a football pitch. Even today, there are old plates on some parts of the city that prohibit playing Calcio Fiorentino in that location.

Calcio Fiorentino is still commemorated in Florence. Every year, a faithful reconstruction of the tournament of this ancient game takes place in the city.

Modern soccer began in 1857 in England, precisely in Sheffield. There the first soccer team was born. It was called Sheffield football club.

The official rules of modern soccer, which are still in use today, derive from the so-called Sheffield Rules.

Why “Calcio” and not “football” in Italian?

In all the main Neo-Latin languages, the game’s name has its origin in the English word football: football in French, fútbol in Spanish, futebol in Portuguese, futbol in Catalan, and fotbal in Romanian.

In May 1989, the first Italian soccer tournament took place in Turin. The winner of the competition was Genoa. The event organizers and reporters covering the final game did not use a single time the word Calcio. Instead, they referred to the game as football. And they continued to do so until 1911. After more than ten years, the game organizers in Italy transformed into the Federazione Italiana Giuoco Calcio.

So, what happened is this. When soccer disembarked in Italy, it maintained the English term football for a time. However, as the game consolidated, links with Calcio Fiorentino were inevitable. Thus, Italians abandoned the English term and adopted the name of the Florentine sport they already knew.

The Italian term “Calcio” derives from the Latin calx. It means “calcaneus, heel.” Hence the Italian verb “calciare” means “to strike something with the foot.” So Italians found it appropriate to preserve the term as it expresses the gesture made to hit the ball in the game of soccer. The equivalent would be to have English people call the sport “Kick” instead of soccer.

That’s why in Italian the most popular sport in Italy and the world is called “Calcio”!

Would you like to continue learning more interesting facts about the Italian language? Click here to check out this other article. 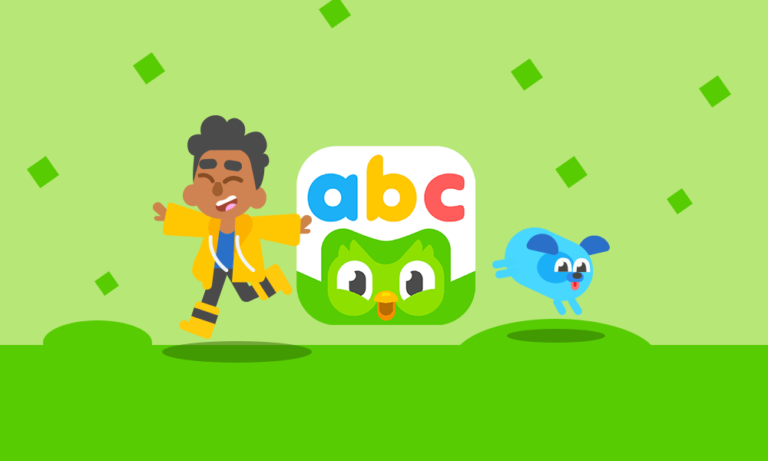 Duolingo has launched March 2020, a completely free app. It helps parents who have suddenly found themselves homeschooling in COVID-19. This new app is Duolingo ABC, and it is for children learning to read in English. For now, it is only available on iOS, and you can only download it in eight countries. In the…

When we listen to Italian for the first time, we are usually impressed with how musical it is. All the sentences seem to have a rhythm flowing through them. The raising and lowering tone of the voice gives it that distinctive feature. We quickly discover that the particular stress on vowels produces Italian musicality. And…